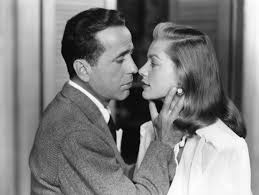 One thing Master has totally done for mouse in all the years she's known Him, He's turned her on to old classic movies across many genres. He doesn't care much for westerns, but some he likes. He really enjoys the old film noir stuff and has a list of classic films everyone should watch at least once in their lifetime.Master has also always been a voracious reader. There is always a book close at hand, a paperback that is shoved into His suitcase when He travels, a book on His nightstand, or close at hand. If He has any downtime, His nose is in a book.

On the other hand, mouse unless she's in a certain mood, reading has never been her thing, instead she will spend the evening tidying up, fluffing pillows, sorting through the acquired daily stuff that seems endless. Master finds it quite annoying.

"You are home all day and you are cleaning now?" Master harshly rebuked mouse.

Feeling slightly exasperated mouse sits on the floor and makes mental notes about what also needs to be tidied from that point of view. After several days of Him lecturing the slave on proper time management, mouse became defensive. The house is clean to a certain time of day and yes, things become untidy all over. Master, mouse pointed out, would be in His study most of the evening working so He didn't notice this routine. Then once she finished her explanation, offered if it bothered Him that much she would stop. By that time tears were welling in her eyes and she was thinking Him quite mean.

Then it happened, Master apologized but not for His rebuke, for being unaware of His slave not being managed properly. That He felt, was on Him.

At that moment mouse had conjured a mental image of one those memes:

It really isn't a disorganization thing at all, it's more a tidy up before bed, so you can get up to a fairly neat home thing. You fluff the cushions and put away things like the silly remote controls, or other stuff. Weed through the magazines, stack up the coasters, return the bag clips that always end up in the family room to their home in the kitchen. Make sure the dishwasher is full and run it. It might include a little light dusting if a light hits something that you've neglected to notice (like a cobweb).

Trying to not hold it against Master, regardless of  how miffed she felt, mouse snuggled next to Him in the bed and tried to forget it, but mentally running through her "list" of things. Hitting the near top was blogging about this and before publishing having a discussion (as we do now before she hits publish). It's not about being right or wrong, it's really about perspectives and the way we see the same things very differently.

In the end, we saw the points of view from each other's eyes. There were things that mouse was doing at night that she didn't realize she could have done during the day and there are things that need to be done before we turn everything off and go to bed. There were times she wasn't making the best use of her day and changes to that routine were welcomed by her. Master also saw the value in some of the  things she was doing before bedtime, and has allowed those to continue.
Posted by mouse

Oh I so get this, the tidying up before bed. I do the exact same thing! I know some things are necessary whereas others aren't, or could be done earlier but I can't help myself. I guess it is a matter of different perspectives, I'm glad you talked and gained a better understanding of each others point of view.

Thanks Roz! At first we were talking passed each other then we began to get it.

So glad, mouse isn't alone in this!