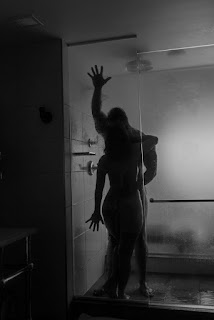 If this is the start of your third act, I am quite sure that there are many more acts to follow! Life is much more than a play in five acts, it’s random and morphing and electric - just as you have described.

So pleased to read your words.

Thank you so very much Isabel, it means the world to us and you're right.

I am not sure if it's considered appropriate but I found this rather beautiful, so I hope I do not cause offence as it sounds that this was difficult for you albeit what you both needed to reconnect.

My Master and I have been together 22 years and at times slip into a state of complacency (mostly I confess on my part), I don't wish to blame lockdown for everything but I know I have found it harder now that we (I'm in the UK) have resumed as a country some level of normalcy, and after having him home for so long and life was very different, as it has been for many I'm sure, settling back to 'normal' has and is an adjustment.

Hi Claire! Your comment was completely appropriate! And very spot on.

The lockdown period has been difficult and there’s this huge rush to just return to “normal” while the pandemic is still going on no less. We needed very much a period of rest and to heal from the events of late 2019.

We are thrilled to be at least somewhat back.

We are also thrilled that you and others care enough to read about our lives...good, bad and even terrible stuff.

Mouse,
i admire how you spin words, to bring us right into your moments--thank-you for sharing. It can take so much effort and thought, to get back...or to be re-assembled for a new act. *hugs*

I've been following you for some years, and it does indeed seem as though you folks are constantly evolving. I can't imagine being on a treadmill in only sneakers.....

Glad to hear all is well, and I like the point system!