Have We all Become Comfortably Numb? 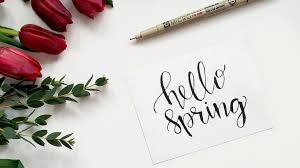 Hello? Is there anybody out there? Just nod if you can hear me, is there anyone home?

Have we reached the point of complete apathy? Late February and early March brought some terrible news, our planet is is crisis (Covid might be just symptom), a country invaded. Master couldn't shield the slave from all the terrible news. He had to explain it. For once He simply lacked any words. He patted mouse's head and told her, "We can only do the best we can." 'Safe,' He reminded is a relative term.

Our home, or rather Master's Home is His sanctuary or used to be, but that was before He was home all the time. He struggles now, silently, at first enjoying the free time to read whatever He wished. Then He began taking on a small project (something fun to work on He explained), which led to another. His semi-retired self isn't so semi retired now. He took on a bigger project. Nothing He can't handle, but very time consuming. The book He had started reading was abandoned because He doesn't have time for fun. Master is who He is. When we'd summer at the lake, He would need to pull himself from work. He'd work so hard in preparation to take that much time off and work just as hard when He returned to it two months later (really it was about 5 or 6 weeks but it was supposed to be two months). He just couldn't unplug from it for that long. Still, very much like this pattern, He eased into lake life, eventually forgetting to constantly check His phone (probably because also cell service is spotty), relaxed, lived nicely in those moments before restlessness kicked in and He found Himself, once again looking at His phone.

How does sanctuary evolve into just another space? For Him, it's been difficult to transition to working exclusively from home. Not that an office away is an answer, it seems many people found working from their homes to be more productive. Maybe they'll eventually suffer a similar burnout? For parents with youngish children, mouse can certainly empathize with that. Once children reach a certain age they can (more or less) be ok to fend for themselves on a sick day -- providing they're not *that* sick. A parent working from home can certainly have greater flexibility with schools and young children. That's never been anything Master has needed to concern Himself with. This isn't to suggest He can't step up when He needs to and has many times.

The apathy though is harder to shake. Still, we try. Master, just a few evenings ago, shook things up a little, in the privacy of His space, He called slave to Him and had her pleasure Him as He watched an old movie. He thoroughly controlled all her action, mostly nonverbally, slowing her down with a tug of her hair, applying pressure to one side her head or sending her deeper down His shaft. Time seemed to stretch out, not that mouse was bored, but rather obsessed with being pleasing to Him. Was He happy? Did He enjoy it when she swirled her tongue a certain way more than another way? The clues were absent but this was a marathon not a sprint. He controlled her, then had her pause and tossed her the bolster pillow on the chaise, and said to hump that as she sucked him. Cock deep in mouth mouse awkwardly rocked on that pillow, never having it quite hit that one spot. The clit just throbbed with want as she tried to focus on His pleasure but found herself constantly losing the battle.

Yes, orgasm happened but it took a bit, then of course, she had clean His leg, hands are forbidden so...Once again her mouth was useful. Sated, she remained close to Him, almost afraid to move. Once again that invisible chain bound her to Him and the rattle was loud in her head.

The night that followed was nearly a repeat, except when the pillow brought her no pleasure He said nothing, just returned His attention to whatever sports event was on the TV. Yet, maybe hopeful, maybe just tired herself, mouse remained close to Master, her head resting on His knee, until He suggested that she go into the other room to read and unlocked her iPad. Still on her knees she took the device and thanked Him.

It's strange how protocols evolve. Thanking Him is rote (yes He also says the words Thank you frequently but never following something He believes is His right) and often she can't help but to gush over Him with words of love. However the latest protocol seems to be when the slave is dismissed she doesn't simply rise and walk away. but rather she rises, thanks Him again and takes a few steps backward before turning (putting on the bathrobe) and then leaving the room.

Eventually Master did poke His out of the room and said He was going to bed, this was a signal for mouse to stop what she was reading and join Him but she was nearly at the end and really wanted to finish the last few pages. Well the end was a bit further than she realized and she while she did finish the story nearly an hour had passed and Master was fast asleep. Not having His permission to enter the bed, mouse went to the "bad girl" spot and curled up there as best she could. Quietly snuffling because she was foolish, mouse eventually fell into a troubled sleep. In the morning she woke before Master and rushed to ready herself, make the coffee, fix His breakfast and served Him in bed. Yes blatant attempt to make amends for the wrong she had done.

The guilt because she had missed the chance to give Master a proper goodnight, because she was selfish was a bit overwhelming for her. When had that begun? Before she would have simply accepted that sleeping on the cold floor in the bad girl spot was her punishment -- now she needed His forgiveness or punishment to feel complete. He might have just enjoyed the extra showering of attention He received because He never said a word about it. He might have even punished mouse on that evening when she again found herself on her knees pleasing Him with her mouth, the only absent was the pillow.  Of course that could have been in her head.

When He again unlocked the iPad and handed it to her, but this time she stayed put and looked for a new book to read then made note of them to ask Him to take a look to approve. When it was time for bed, she closed it at once and followed Him into the bathroom and at the bed, she knelt and begged permission to enter. It felt wonderful being near Him in bed, not feeling so very exiled and yet not fully contented.

*Note from Omega -- Mouse is frustrated with me. As I read her account, I simply scheduled it for publishing (note: we routinely do this in the event she wishes to add or take away from a post, then it returns to me for approval and so on until it is published or discarded). No comment was or is forthcoming about her feelings of 'exile' or remorse. This journal's purpose is for mouse to voice her views on her slavery and I feel no such compulsion to clarify further.

These times are trying for us all, the new normal is very strange. Sending you positive energy and healing thoughts.