Been beat up and battered around
Been sent up, and I've been shot down
You're the best thing that I've ever found
Handle me with care -- The Traveling Wilburys
Time moves quickly as we age. Children often feel that time never moves, like mouse watching a clock on a Friday afternoon waiting for Master to come home. Each minute stretches out. You look at the clock, and it reads 5 minutes to 3pm and you wait and look again, certain at least 15 minutes have passed only to discover barely another minute has ticked by. Master has been back at the office, limited capacity but still for the most part working from home. Yet, each morning He wakes, exercises, showers, shaves, and dresses as though He's headed into the office. 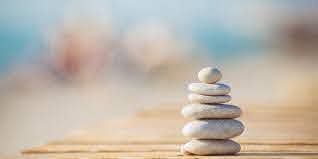 When asked, He explained He felt more inclined to work when dressed for business.
It makes a lot of sense. Although, His slave who hasn't bothered with much of daily routines of putting on makeup, styling her hair, but has been dressed acceptably most of time. More often than not now, her uniform is jeans, a nice tee shirt, and the ever-present apron. Makeup and masks don't mix well which is the large part of the reason for this alteration.
It has been such a struggle for everyone. This new normal we cannot really escape. We can only hope to look back on it and smile recalling the time we all stayed home for a year? What lessons have we learned from this experience?
Our family communication is higher than ever. We spend far more time together watching movies, playing games, doing puzzles, of course, cooking, cleaning and all those things that go along with keeping a functioning home. Master and slave feel more connected than ever, and surprisingly, the slave feels grounded. That's despite the shuffling of the cleaning schedule, which used to be handled rather like clockwork now is far more flexible. For example, mouse cannot run the vacuum as often as she feels is needed for our home or even on a specific day or time, because our lives aren't centered that way. Children need a space to focus on studies and Master is working many days from His home. Extra noise is forbidden now, for good reason.
Over the past several days, we dropped drown the "Big Little Lies" rabbit hole. If you're unaware, it's a miniseries that ran on HBO and was based on a novel of the same name, as it became incredibly popular they added a second series with the blessing of the book's author. It is one of those "women led" casts but the story is actually very good. That's really all we care about -- the story.
It does deal with the heady topic of domestic violence, which was particularly triggering to the slave.
It wasn't until last year, while recovering from surgery, that mouse began realizing how much damage the distant past had caused her. Nicely treading water until she just couldn't any longer. So much of the lines spoken by the character resonated with mouse and could be applied to childhood and early adulthood. Of course she didn't realize this was happening at the time, all the bad, awful and terrible things began to surface and left mouse feeling very broken and Master helpless, compounded with other issues sent her spiraling into a tailspin. Being trapped in survival mode, and not focused on anything else, isn't the same as dealing with the past trauma and extreme PTSD, the slave scarcely recognized were there.
Intense therapy, medications and life changes followed, which helped mouse find peace with the past and even that continues to be a work in progress. There's far more gratefulness with the beginning of each day. grateful especially to Master for being a kind, patient guide. He lavishes praise on His slave that's embarrassing at times for her because she doesn't feel that much progress has been made, yet at the same time, she does see it. One thing is for certain, Master always and without fail, has her back.
The mini series did help mouse put into words some of the things she'd had difficulty to express to Master. He listened and as always validated her feelings and encouraged her to speak with her therapist about it. Surprisingly she did just that. The game plan for now is for mouse to engage in more meditation to quiet the thoughts and focus on positive mantras or daily thoughts to help her along the way.

“It's being here now that's important. There's no past and there's no future. Time is a very misleading thing. All there is ever, is the now. We can gain experience from the past, but we can't relive it; and we can hope for the future, but we don't know if there is one.”
― George Harrison

Email ThisBlogThis!Share to TwitterShare to FacebookShare to Pinterest
Labels: abuse, Master, past

mouse,
I’m so pleased that you are recovering on all fronts! Though we have never met I have read you for so many years and I am not ashamed of saying that you’ve been in my thoughts.

Oh gosh, I remember watching the clock and time very slowly moving as a child. No I keep wondering where it's disappearing.

I am so glad to hear you are all enjoying a lot of family time together playing games, reading etc. That is precious.

So very glad too that you and Omega have become even closer and communicate more, especially that you are more able to share your feelings with him. The best part of this post is how far you have come in the healing process :)

I'm happy to hear of your healing process. I admire Omega for dressing for work, I seem to work in my pajamas often, and I also admire him for recognizing what you needed.

So many changes for you, but all seem positive.

Lockdown and quarantining and staying safe, wow, what a year this has been and continues to be.

I always get happy to see you - and even happier when I read that you're all doing so well.
I look forward to joining you in that reminiscing about "that time we had to sit home forever?"!
Let's pencil that in for sooner rather than later, shall we?